Why Blue Sapphires Is The Top Choice Among Celebrities? 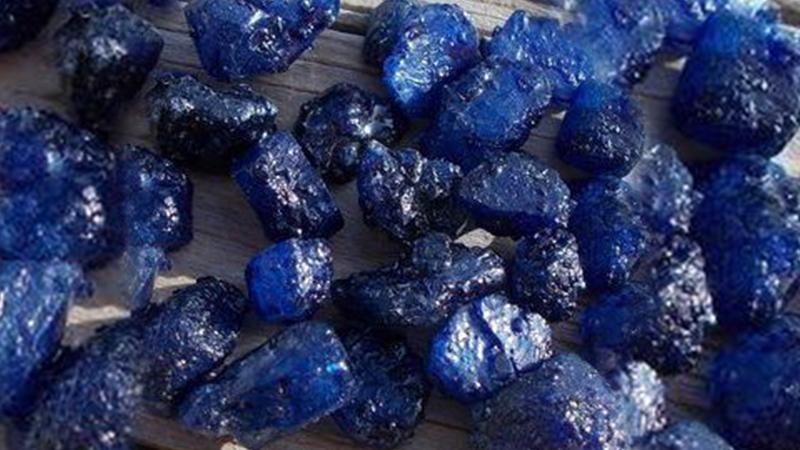 The color and hardness of a gemstone are two prerequisites that one looks for while making a purchase decision. The more intriguing the color of a gemstone is, the more you’ll fall for it. The same thing goes with a gemstone’s hardness; the higher the hardness score, the more your conviction.

On the other hand, if the color and hardness of a gemstone don’t tickle your fancy, you’ll never give the gemstone a second thought, no matter how celebrated or coveted the gemstone is. Blue sapphire is one such gemstone that has it all. It has a beautiful color, dependable hardness, royal connection, and history of admirers. That pretty much sums up why blue sapphire is the top choice among celebs, but that doesn’t mean you don’t need to read the rest of the article.

Moreover, perhaps there’s hardly any other gemstone that has such a strong connection with royalty as sapphires have. Many of the world’s most valuable royal jewelry pieces are decorated with sapphires. For instance, the Imperial State Crown itself is embellished with 17 sapphires. In fact, most of the late Queen Elizabeth II’s tiaras, earrings, rings and necklaces are adorned with sapphires.

The widespread admiration of blue sapphire is not just a thing of modern times but rather the gemstone also commanded immense adulation in ancient times. If legends were to be believed, people thought that blue sapphires possessed heavenly blessings. The monarchs believed that blue sapphire could protect its owners from envy and harm.

People also thought that this gemstone could reveal the secrets of the oracles, bury the hatchet between the enemies, and even influence spirits. That’s not the end, there are too many folk tales that sing the praises of blue sapphires necklaces.

While it’s too arduous to come to a definitive conclusion as to why blue sapphires were so coveted in ancient times, the color, hardness, and the fact that blue sapphires make an enticing combination with a halo of diamonds, surely are the reasons for their popularity among celebrities in the present times.

Perhaps there’s hardly a color that’s more satiating in character than the color blue. The first two things that come to mind when we think of this color are the endless sky and the deep tranquil ocean, both of which endue feelings of restfulness. Associated with inspiration, depth, freedom, and everything soothing, the color blue perfectly expresses our most sensitive emotions.

It’s just about the same with blue sapphires. The celestial color of blue sapphire endows a heavenly charm that’s impossible to resist. The deeper you look into this gemstone, the more passion you feel for it. Just a glance at this gemstone takes away all the exhaustion of the day and fills your mood with an influx of positivity and contentness.

The hardness of a stone indicates how effectively it can resist scratches and abrasions. You can judge the hardness of a gemstone from its ranking on the 10-point Mohs scale of hardness. Sapphire is a 9 on the scale, second only to diamond.

Such extreme hardness denotes that you can wear your jewelry embellished with blue sapphire every day. Sapphires can also be used in non-ornamental applications. For instance, in high durability windows and infrared optical components, to name a few.

Blue sapphire and diamond make a great pair, which is why, if you look at the blue sapphire engagement rings of celebrities, you’ll notice most of them have added to the brilliance of their blue sapphires by encircling them with a halo of tiny diamonds. These tiny diamonds or accent stones never fail to catch the light, enhancing the visual appeal of the ring’s centerstone. The halo of diamonds also tricks the eyes of the beholders by making the centerstone appear larger.

Out of the three most prominent color gemstones – sapphire, emerald and ruby – sapphire looks the best with a halo of diamonds. The combination of the two colors – blue and white – looks out of the ordinary. Similarly, blue sapphire also looks great in all the metals.

An appealing color that’s all things positive, an ultimate level of hardness that’s unequivocally reliable, and an astonishing combination with a girl’s best friend – diamonds, blue sapphires ought to be the top choice of gemstone among celebrities. After reading this article, I’m sure you too have a thing for blue sapphires now. But, since the article only talks about the merits of blue sapphires, you must know what little demerits blue sapphires have. So, let’s discuss the demerits.