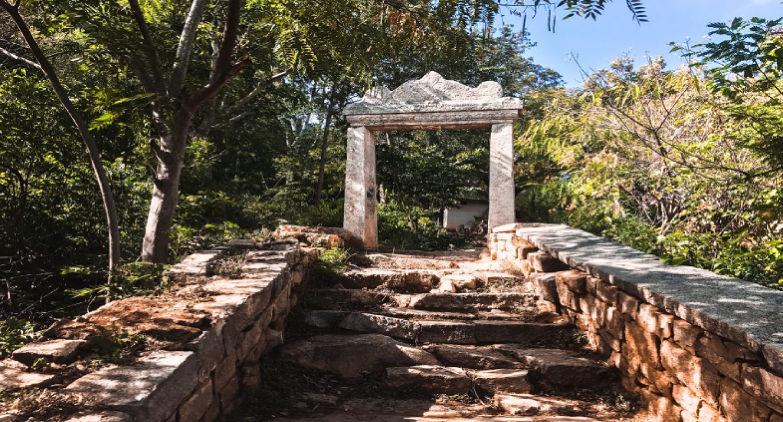 Nandi Hills is one of the most popular tourist destinations near Bangalore. Nandi Hills is a classic hill station with an amazing landscape and a variety of adventure activities. The area, which is located in Karnataka, is surrounded by scenic beauty and surreal experiences. Tipu Sultan, Mahatma Gandhi, and Queen Elizabeth II have all dined here. Nandi Hills, a popular tourist destination near Bangalore, is located approximately 70 kilometres from the city.

There is no direct bus service from Bangalore to Nandi Hills; however, a bus from Bangalore to Chikballapur is available. The trip is about 65 kilometres long and takes about an hour and a half. Nandi Hills is a half-hour bus ride from Chikballapur. It is an excellent trekking location for both children and adults. Trekking is possible from north to south or south to north, but trekking from the north is recommended when children are involved because there are proper roads that make it easier.

The southern route, on the other hand, provides an authentic trekking experience. Nandi Hills is completely secure and comes highly recommended. In fact, the drive from Bangalore to Nandi Hills is not only exciting but also extremely rewarding in terms of natural scenery. The sunrises and sunsets at Nandi Hills are breathtaking.

What are the best tourist attractions in Nandi Hills?

There are numerous attractions to explore, including remnants of royal forts, ancient temples, and other significant structures. Nandi hills trekking is the most popular activity among the visitors.Tourist attractions in Nandi Hills are well maintained and are designated as important heritage sites. Here is a list of the top places to visit in Nandi Hills:

Nandi Hills is well-known for

The Nandi Hills Hill Station is most famous for its breathtaking beauty, but the area also contains several noteworthy sites, including:

Tipu’s Drop. Tipu’s Drop is the rumoured cliff from which Tipu Sultan used to drop his prisoners. It is one of the oldest and most famous spots in the area.

Tipu’s Summer Residence. Tipu Sultan referred to this wooden structure, with its carved arches and magnificent paintings and carvings, as “tashk-e-jannat.”

Bhoga Nandeeshwara Temple: Also known as Nandi Temple, this 9th-century edifice is one of Karnataka’s oldest temples and is most famous for its magnificent architecture.

Nandi Hill and its surrounding areas are extensively used for grape farming and vineyards.

Go to the Grover Zampa Vineyard. It was Tipu Sultan’s summer residence, and the ruins drew a large crowd.

See the beautiful Dravidian architecture and inscriptions at the ancient Bhoga Nandeeshwara Temple, which dates back to the 9th century.

Amruth Sarovara Lake is one of Nandi Hill’s most secluded and peaceful spots. Any visitor should pay a visit to this perennial spring-formed lake.

Cycling, paragliding, and trekking are all options.

How to get to Nandi Hills

The starting point is located at the foothills of the Nandi Hills, approximately 60 kilometres from Bangalore. Private vehicles can easily reach the location in 1 hour and 40 minutes.

The majority of visitors to Nandi Hills prefer bus transportation over other modes of transportation. The buses will leave from Bengaluru’s Kempegowda Bus Station, also known as Majestic. Direct buses from Bangalore to Nandi Hills are operated by the KSRTC. At 8.30 a.m., the first bus to the hilltop departs. Returning direct buses depart the Hills between 2.30 and 3.30 p.m. You can take a regular bus. To get to Chikballapur, take a local bus for about INR 42. Private buses can take you to the hilltop from there. These buses run every 30 minutes, and the journey from Chikballapur to the hilltop may take up to 30 minutes.

Nandi Hills is a fantastic weekend getaway from Bangalore, enticing many people to plan a trip from Bangalore to Nandi Hills. It’s also fantastic for bird-watching. The perfect relaxation recipe for your mind and body is to gaze out the window and enjoy the cool breeze. Thousands of visitors flock to the important historic ruins, which include temples and forts. While you can visit the site at any time, the best season is from October to May.

The camping experience, nestled amidst the scenic hills of Nandi, allows you to enjoy a serene getaway overlooking the misty hills. This campsite in the foothills of the Nandi Hills offers great comfort while surrounded by beautiful hill views and lush greenery.