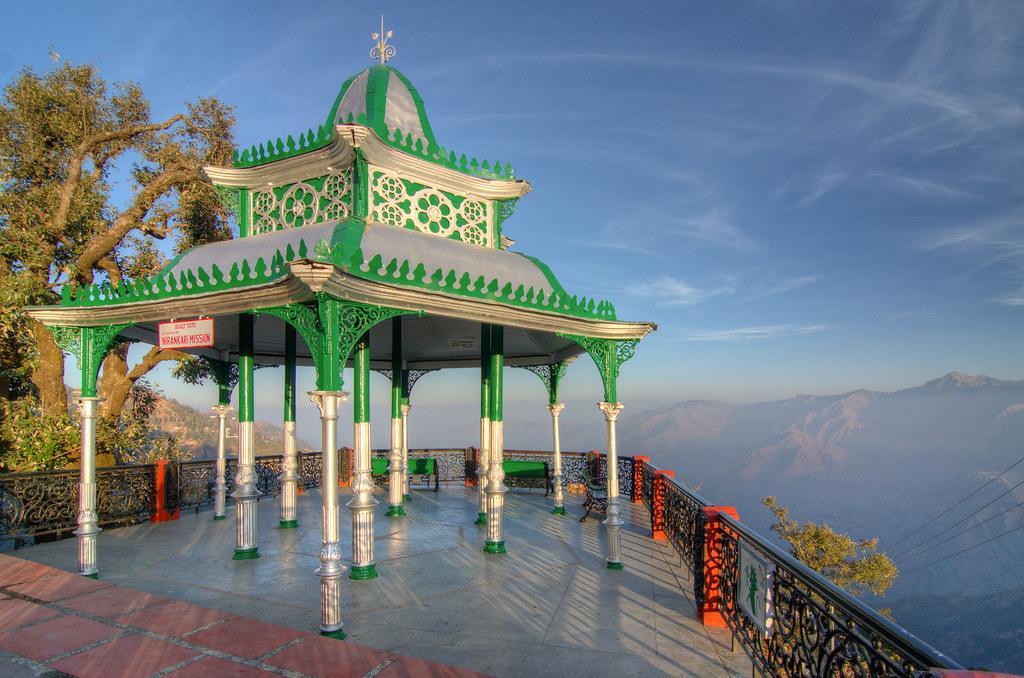 Mussoorie is a great weekend destination, and people living in Delhi, Chandigarh and other nearby cities often come here for weekend holidays. Let us find out which are the best places to visit in Mussoorie. Read on to know what else you can do in Mussoorie apart from sightseeing.

Mussoorie, popularly known as the Queen of Hills, is a very popular destination among experienced mountain climbers as well as first-time tourists. The view around this hill station situated at the foothills of the Garhwal Mountain Range of Uttarakhand is really worth seeing.

This city situated in the middle of the hills is surrounded by a dense forest of deodar, along with rivers and waterfalls flowing from the height, as well as completely unique style temples make the view here even more beautiful. The hill station of Mussoorie is one of the best weekend destinations for people living in Delhi, Chandigarh and other nearby cities. If you are also planning to visit Mussoorie in a short vacation, then below is the information about some of the best tourist places in Mussoorie that you can visit.

Mussoorie Lake or Mussoorie Lake is one of the most beautiful places in the city and this artificially created lake has become a very popular tourist destination in recent times. The maintenance of the lake is the responsibility of the City Board and the Mussoorie Dehradun Development Authority. The natural scenery around this lake fascinates the mind of those who see it and there is a feeling of peace in the lap of nature. Apart from boating in the lake, you can also enjoy water zorbing and ziplining.

Famous author Ruskin Bond also belongs to this place and you can find his books in Cambridge Bookstore here. The Mall Road is one of the most popular places to visit in Mussoorie, where you can take a stroll or relax at one of the bakeries or cafes.

Kempty Falls is situated midway between Dehradun and Mussoorie, which is one of the most famous tourist places and great picnic spots in Mussoorie. Kempty Falls is at an altitude of about 4,500 ft above sea level, surrounded by high and steeply sloping hills. There is a pond at the base of this waterfall which is perfect for swimming as well as bathing.

The word Kempty is derived from the words ‘camp’ and ‘tee’ meaning tea, which means that large tea parties were held here in the evenings and hence the local people came to call this place Kempty.

After enjoying roaming the crowded streets of Mussoorie, take out some time to visit Landhor. Landhor is surrounded by dense forests of deodar trees and is a picturesque town situated in the foothills of the Western Himalayas in Uttarakhand. This place is one of the most popular sightseeing places in Mussoorie, from where a very pleasant view of the Himalayas is visible. Do not forget to bring your binoculars and camera with you while visiting here, so that you can enjoy the magnificent view and capture wonderful pictures in your camera.

Company Garden is about 3 km from Mall Road and is included in the list of best places to visit in Mussoorie. It is the best place to spend time with your family, couples and friends. The garden was designed by Dr. H. Fackner and is maintained by the Mussoorie Garden Welfare Association.

Dalai Hills is one of the most beautiful places in Uttarakhand, located near Happy Valley in Mussoorie. The Garhwal ranges are visible from the Dalai Hills and this place is known for Tibetan prayer flags and statues of Lord Buddha. There is also a Buddhist temple here.

It is a very peaceful and very beautiful place, which is a great place to watch the setting sun, have a picnic with the family, go camping and take pictures. Here food and drink items are available at the nearby food stalls.

Although there are many places to see in Mussoorie, if you have not seen Jharipani Falls then what have you seen? This waterfall is one of the most important places in Mussoorie that should not be missed. Many types of water activities are available here, as well as the view of the Shivalik range is very attractive. This place is very famous among adventure lovers, where people come to visit throughout the year during the monsoon season.

Devalsari is located in the Aglar Valley of Tehri Garhwal, about 55 km from Mussoorie. Compared to other parts of Uttarakhand, there is less crowd of tourists here, and the natural scenery here looks like heaven. Surrounded by lush green meadows and mountains on all sides, Devalsari is a favorite destination for tourists seeking relaxation as well as adventure.

Camel’s Back Road is one of the best places to visit in Mussoorie. This place is the center of tourist attraction where people can roam in the green valleys and enjoy the beautiful views. This 3 km long road looks like a camel’s hump and hence the name has been given to this place, where people prefer to walk during morning and evening hours.

Gun Hill is also called Extinct Volcano, which is situated at an altitude of 2024 meters. From the top of this hill, apart from the Doon Valley and the hill station of Mussoorie, the snow-capped Himalayan ranges can be seen completely. Gun Hill is known for its ropeway, from where you can get spectacular views of the Himalayan ranges.

Jwala Devi Temple is situated on the top of Benog Hill in Mussoorie, which is the temple of Goddess Durga. To reach this temple built at an altitude of 2104 meters, one has to climb the mountains for about 2 kilometers. It is believed that the sufferings of the people who visit this temple are removed and they get the blessings of Mother Goddess.

This wildlife sanctuary is known for endangered animal species, including leopards, hill quails, deer, and red-billed jays. The pleasure of passing through the slopes of the Himalayan peaks and amidst the pine trees present all around is really pleasant. It is also a good place for bird watching as well as a view of the nearby Bandarpunch and Chaukhamba peaks.

Away from the hustle and bustle of the Mall Road of Mussoorie, Char Dukan Restaurant has been regaling tourists in the beautiful hills of Mussoorie with its delicious cuisine for the last several decades. Every year, this unique restaurant is thronged by tourists who come here to relish pancakes, wai-wais, pakoras, and shakes while unwinding after a day out in Mussoorie. Your trip to Mussoorie is incomplete without visiting Char Dukan, which is the coolest hangout spot in this hill station.

There are more than 100 adventure activities at Mussoorie Adventure Park, which since 2003 has been a favorite destination for adventure enthusiasts and live-spirited people. In this park, you can enjoy a variety of activities under the supervision of experienced and trained staff, which include rappelling, rock climbing, parallel rope, trekking, zip line, etc. The park has been developed by Real Adventure Sports, a company that specializes in top-notch adventure sports. This park has been built amidst natural beauty and very pleasing views, which is spread over several acres of land.

Mussoorie Christ Church, built on a small hill near Kasmanda Palace, is claimed to be the first Catholic church built in India. Built in 1836, this Gothic church is truly grand, exemplifying the shift from Roman to Gothic architecture. Showcasing the architecture of the British era and the art of the olden days, this complex encompasses the memories of the past in its ambit.

Mossy Falls, situated in the midst of mountains and lush green forests, is actually one of the places in Mussoorie that people do not know much about. A 7 km drive on the Bala Hisar Road can reach this enchanting waterfall, which gets its name from the moss-covered rocks surrounding the waterfall.

Mussoorie is the most preferred destination for white water rafting. Raft riding is considered to be the best sport in the hilly areas as the water is crystal clear and the flow is fast. Under the supervision of experienced rafting professionals, this activity is extremely fun and safe, as well as memorable for tourists, in which people really enjoy a lot.

Mussoorie offers a variety of recreational activities, including rock climbing and rappelling. To climb or descend the mountains, you have to tie a rope or cable, which is very important for your safety. When it comes to adventure, there is no match between these two activities.
In Mussoorie there is not a lot of transport options, you need to have your private vehicle for comfortable visit or you can book taxi from GTS CAB and can check delhi to mussoorie taxi fare from there website. 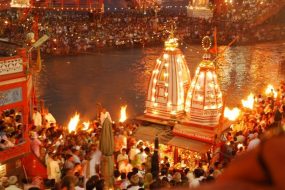 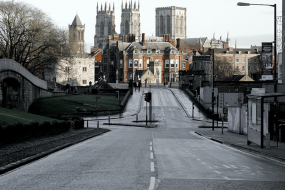 Touring Ash Vale How To Get To Their Attractions 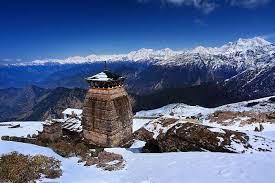 On The Trek Of The Chopta, I Almost Gave Up. 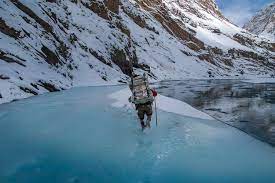